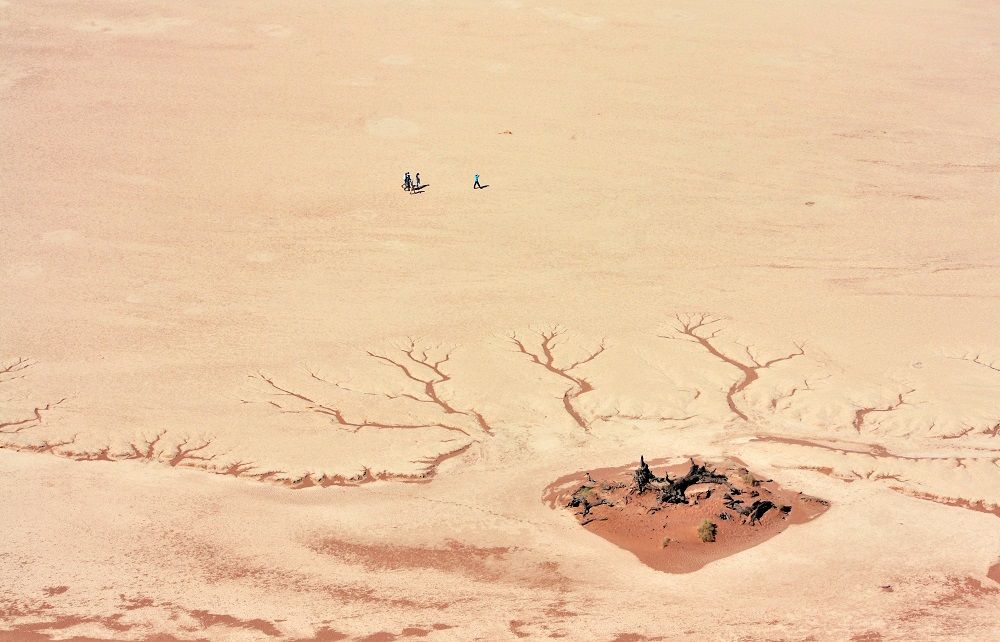 Just what is it about drought that brings out the worst in mankind? How do we define drought – is it the tyranny of nature or should we say, it’s the sheer absence of nature? Major parts of our country is suffering from drought or drought-like conditions leading to displacement of people and farmer suicides, while the other half is oblivious to the tragedy and more concerned about entertainment games, splashing in pools and water-parks. Just why is it that many are unable to comprehend the gravity of the situation? How inhuman can some people get, when even gods took drought more seriously?

The Native Americans have a very interesting myth about droughts or rather the reasons of drought. According to this myth, the people of a particular tribe were troubled by a trickster raven, which would always play mischief on the people. One day, with the intention of getting rid of it, the chief of the tribe invited the raven at his home, and at a time when the raven wasn’t watching, the chief caught hold of it and put him in a dark bag. He then left for the mountains with the intention of throwing him down the cliff. On its way, the raven kept on asking the chief as to what was he up to and what did he intend to do, but the chief kept quiet. When he reached the top of the cliff, he let go of the bag which hurled down the ravines, killing the raven by ripping it apart into many pieces.

The chief broke the news of the death of the raven, and people began to celebrate, but within a few days noticed that all water sources had begun to dry one by one. The shaman was asked to opine and he blamed the drought-like conditions on the death of the raven. On the peoples urging, he collected all the pieces of the raven and brought it back to life. When the raven came back to life, the shaman urged it to restore the water in the ponds and lakes. Soon there was water everywhere.

The natives till date don’t harm ravens. An allegorical myth? Does it give any message to us? Yes, it does. It tells people not to harm natural resources in the mad rush personal gains. A depleting forest cover, excessive drawing of ground water in the name of developing concrete jungles and many more human vagaries are the result of drought like situation in our times. The raven stands for all thats nature and killing it by the chief was eliminating nature for a personal oddity, if one may suggest.

Tackling drought has never been easy, as we are witness to. The same wasn’t easy for the gods too. According to a Vedic myth, the drought-demon, Vritra had amassed all the waters of the universe depriving the earthlings of water. Indra (also the god of rain) decided to attack the mighty drought-demon, but it was felt that he would need weapons which were extra-ordinary. According to Lord Brahma, they would need weapons made of Sage Dadhichi’s bones. The sage agreed to give up his life for such a noble task and soon the bones were made into Indra’s vajra, or the thunderbolt. After an earth-shattering battle between Indra and Vritra, Vritra lost, releasing the waters and spreading the cheer and fertility on the dry and parched earth.

The above leaves another important message. Nothing short of sacrifice will be needed to renew the waters on earth. The sages giving up his life for the people is a message that it’s time to take some serious measures to save mankind from dying untimely deaths. Cosmetic and popular changes will not yield long-lasting results if we are to avoid the drought. It’s time for a collective effort and sacrifices by the people at large to get rid of the demon of drought, will be imminent.

Can you think of any other drought myths? Share with us and let us know the message within.

The article first appeared on –